Multiplier for processing
of sheet metal

MSLoop is a shuttle table system, consisting of several cutting grids, which significantly increases the throughput of CNC cutting machines, as the system allows simultaneous loading, cutting and unloading. The principle of the system is that three shuttle tables rotate in an endless loop: One table is first loaded, then moves into the processing zone and after cutting into the unloading zone – after complete unloading, the table finally moves under the cutting system back into the loading zone. The table size can be configured modularly from 3.0 m in 1.5 m units.

Optionally, a technology for pre-processing the material can be integrated in the loading zone, for example to apply markings or remove primer from surfaces. To further automate and accelerate the production process, MSLoop can be combined with an automatic material handling system. Maximum productivity is achieved by the shuttle table solution in combination with MicroStep's MPM production management software. 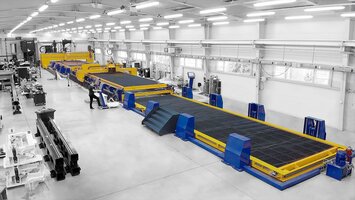 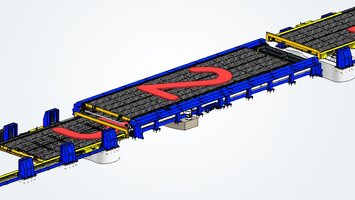 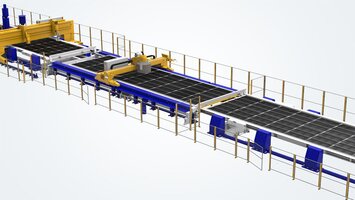 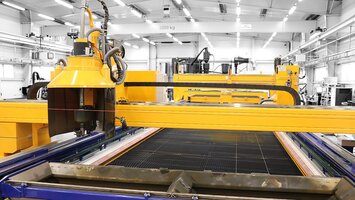 A fume extraction and scrap collection wagon moves under the gantry between the upper and the lower bed to collect remains from... 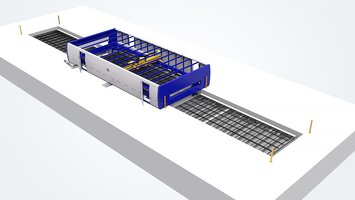 To fit seamlessly into any production facility, MSLoop does not have to stand on the floor. The embedded version with tables...